Posted on December 12, 2011 by Patricia Dempsey

You had to get a shuttle to the port building and then rush to find the tours at the other end of the building. I just made it because it never said in the daily programme that’s what you had to do. The ticket said meet on the pier. I made it with minutes to spare but we left without 10 people. Ginny was on the bus so we chatted as we went round. Norwegian Dawn was arriving as we left the port but with trees I could only get crappy photos.

First stop was a viewing point for free rum or fruit punch.

We didn’t stop at Barclay’s Park but at Bathsheba, then the stupid guide said they changed the tour without telling her.

Final stop was St John’s Parish Church only we drove in and drove out. It was only due to one of the passengers we went back at all. The guide’s reason for skipping was we had to be back for lunch. Purlease! An American bag who shhhed me and a Scottish bloke when I was trying to get a signal on his phone ended up holding us up and didn’t even apologise. 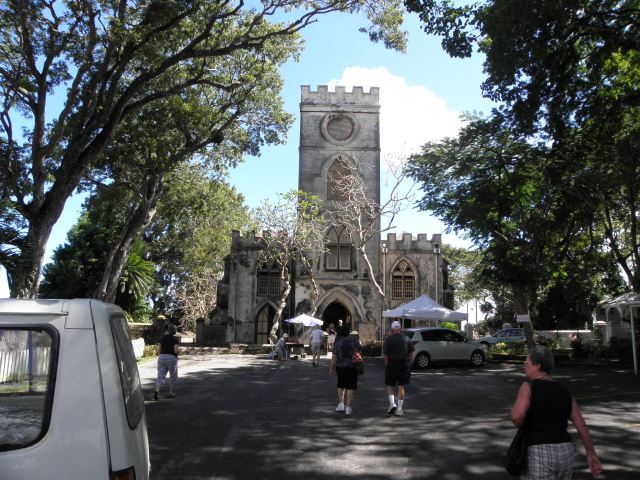 Then it was back to the ship and the guide told us to give them a tip and we also had a form to rate the tour. I bet all low ratings never saw the light of day. It was the Coast to Coast Scenic Drive and an absolute waste of money. The guide had lived in Barbados 20 years but didn’t tell us much. It was all rubbish she was pointing out when she wasn’t waffling about nothing. Even the videographer had been falling asleep, she was that boring. 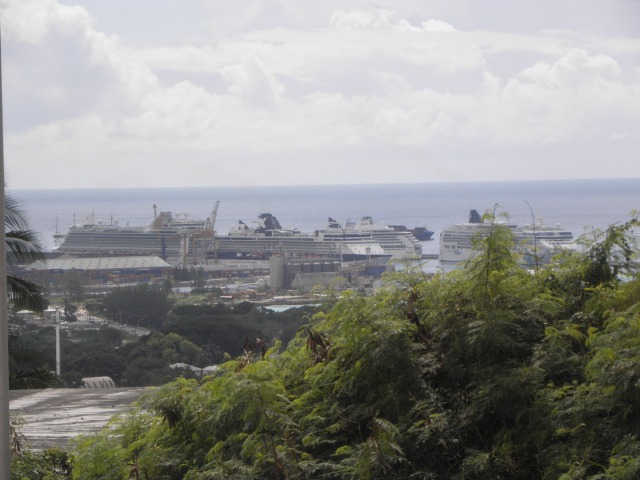 Lunch then a kip before sailaway. Still flipping rained! 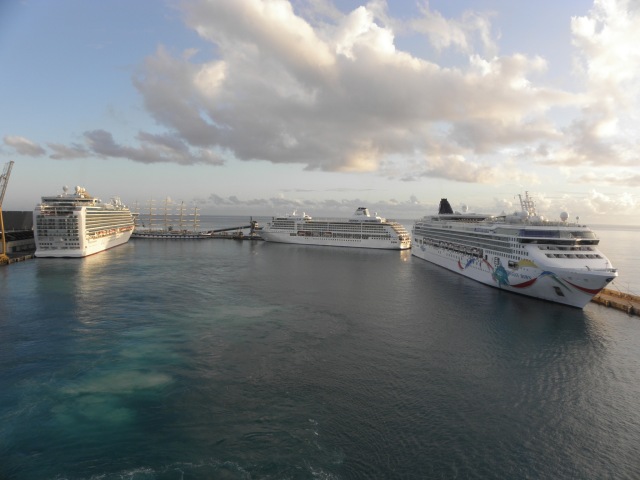 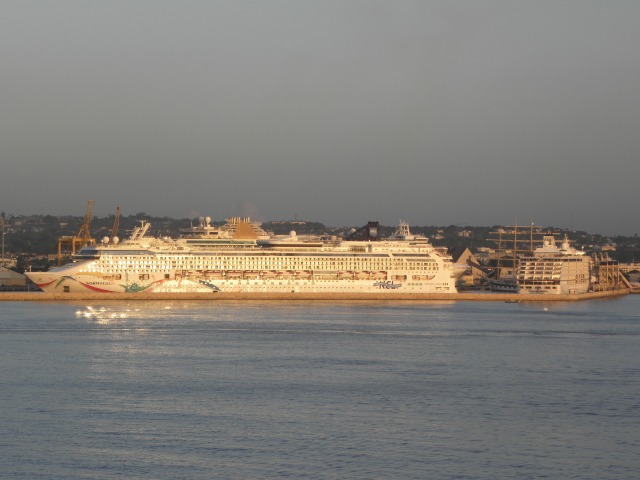 Leatherwoman at dinner was dressed in trousers and not flashing her boobs! We did wonder if her husband was her brother because they share similar facial features. Unusually they left by 10.30pm instead of carrying on chatting with their table companions. Maybe they sussed we know! Carmel said she wanted “to see that funny man”, which was Perry Grant so we headed there after dinner. Last out again! He’s very funny and we talked to him afterwards. He’s so different when he’s not being a showman and Carmel was amazed to discover they both come from Chippenham. 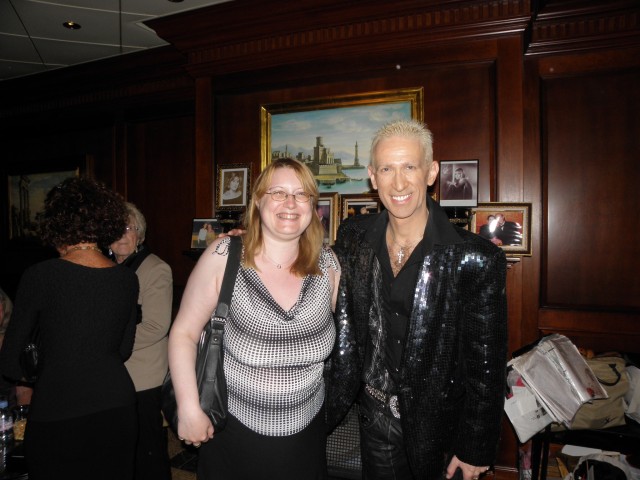 Carmel left her key in the room to go with her glasses so we popped to Guest Relations to get one then hunted her glasses. I was gone back to mine by 1pm.

St Lucia the next day after a bit of a bumpy night and I got up at 9.30am. My tour was in the afternoon so plenty of time.