Canberra and Rotterdam 20 Years On

Posted on September 30, 2017 by Patricia Dempsey

Lots of things happened in 1997 including the death of Princess Diana. But to ship nuts, the 30th September was a very sad day as two ships with different fates ended their careers with their respective cruise lines.

SS Rotterdam and Canberra shared a few design similarities, most notably the twin-uptake funnels. Rotterdam’s sailing life began in 1959 with Holland America Line, crossing to the US for the first 10 years before becoming a one class cruise ship, sailing to places including the Caribbean and Alaska. She was a much loved and popular ship. Her retirement was announced in 1996, stating she would not meet the 1997 SOLAS requirements unless they paid $40 million. She was sold to Premier Cruises who did the required upgrade and was renamed Rembrandt. She was with them for three years until Premier Cruises went bankrupt. Finally bought for restoration in 2003, she returned to her home port of Rotterdam on the 4th August 2009 after years of increasing costs. Six months later, she opened as a hotel where she remains to this day under new ownership since 2013. I stayed onboard a couple of nights in 2010 and only a couple of rooms were open if you were a guest. That has changed since. 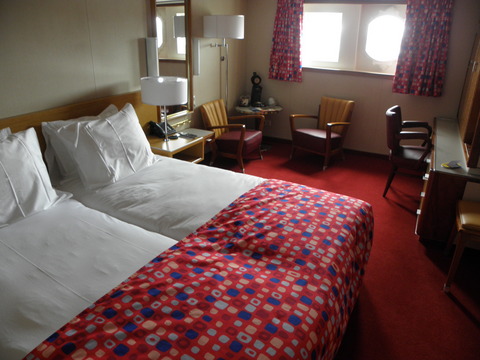 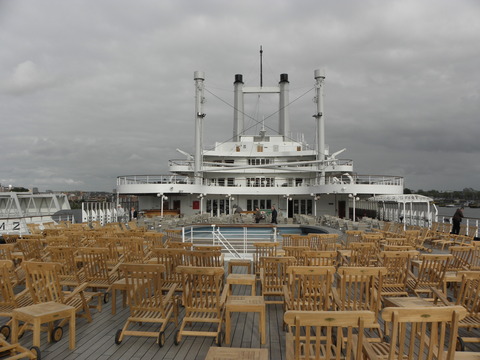 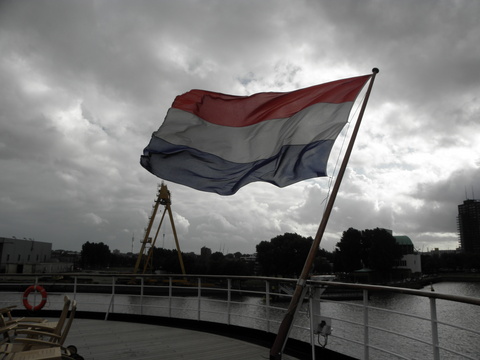 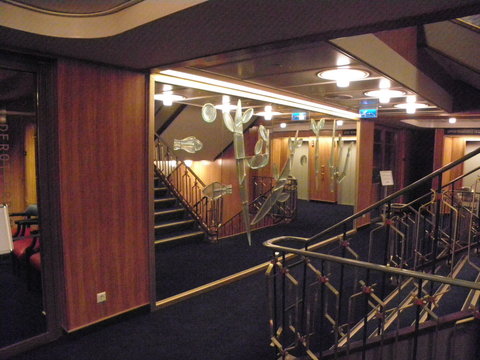 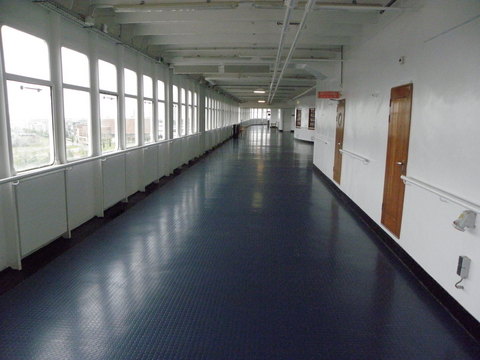 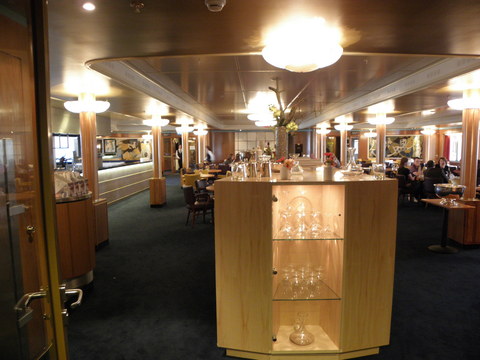 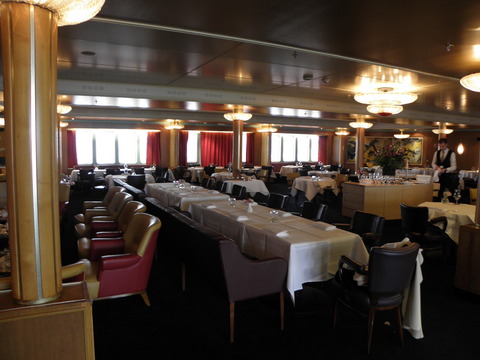 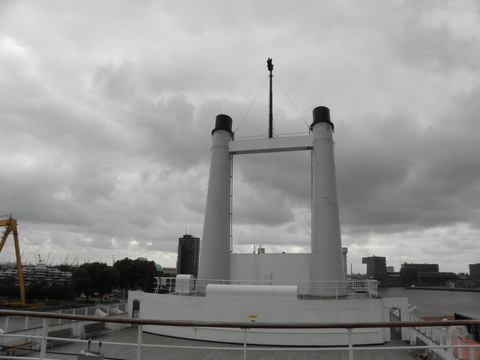 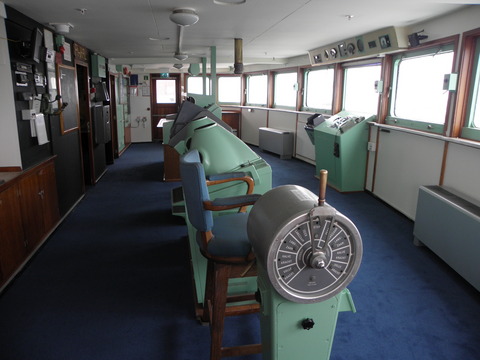 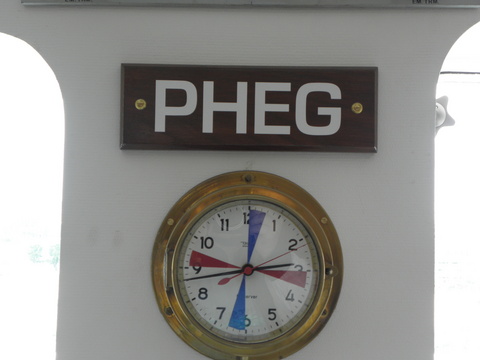 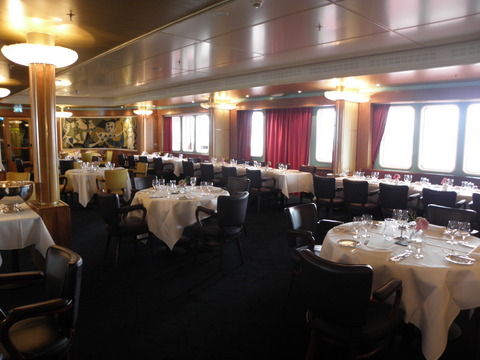 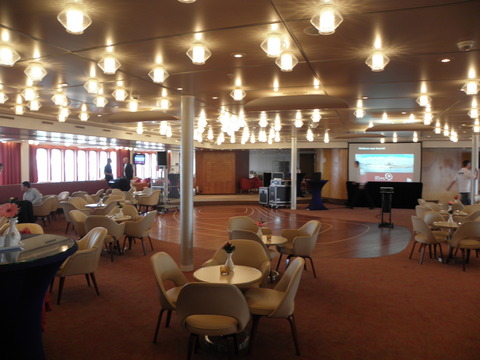 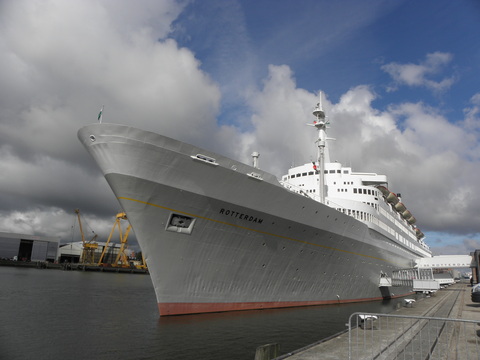 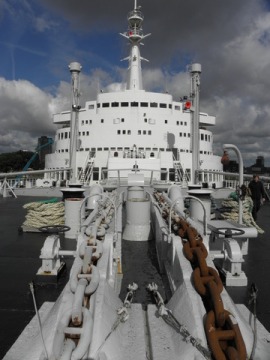 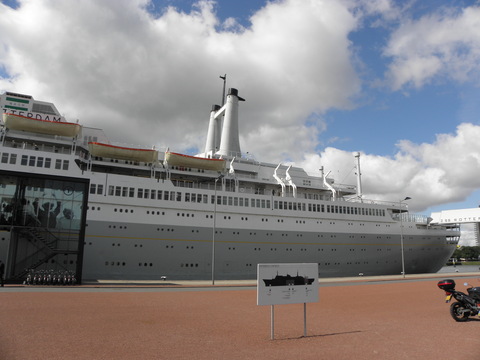 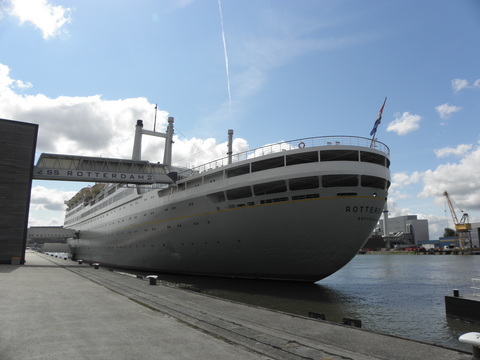 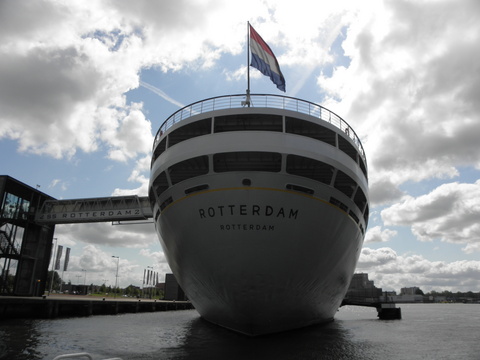 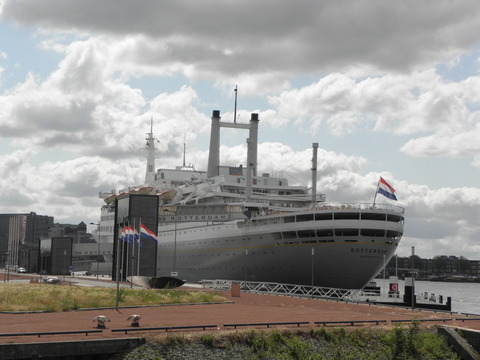 Across the North Sea, P&O were making plans for a new flagship. Little did they know when Canberra entered service in 1961 that she would end up becoming their best loved and most famous ship. The last passenger liner built at Harland and Wolff in Belfast, at 45,270grt she was the largest post-war one built. Named after the Australian capital, she would be on the UK-Australia run, knocking days off the older ships. The England cricket team travelled on her. She also undertook cruises. Along with Oriana for Orient-Lines, she began the return to Southampton for P&O with berth 106 (Mayflower Terminal) their home. In order to reduce fuel consumtion and sort the soot problem, she had extensions added to her funnels and covered the first class stadium, turning in into a theatre, increasing her tonnage to 45,733grt. With aeroplanes becoming more common, cutting travel time to Australia drastically, her line voyages dried up. P&O attempted to base her out of New York for one class cruising but they weren’t popular. Her withdrawal was announced in 1973, for either scrapping or re-engined with diesel engines. Two months later, they said she would replace Orsova on cruising. With so many going to the breakers due to aircraft and fuel prices, she had a very lucky escape and 9 years later became a war heroine!

Much is made of QE2 in the Falklands while ignoring Canberra’s far greater and more dangerous role. The P&O liner was requisitioned on the 5th April 1982, three days after the islands were invaded by the Argentine military, who assumed Great Britain wouldn’t put up a fight for a group of islands thousands of miles away. How wrong they were! She arrived back in Southampton on the 7th and sailed with almost 4000 troops for the South Atlantic on the 9th after conversion, arriving on the 20th. In the thick of it later in San Carlos Water, she was a very visible target for Mirage Jets, whose pilots constantly tried to claim their prize. Instead HMS Ardent was sunk and HMS Argonaut damaged. Argentine media reported she was sunk.

In comparision, the QE2 was requisitioned on the 3rd May, arrived the 5th and sailed 12th. Canberra was still going strong in her war role by the time the Cunarder arrived in safe waters on the 27th May after being delayed by fog and ice. After a rendezvous to cross land troops at Grytviken, Canberra returned the following day to San Carlos Water while the QE2 sailed home, docking in Southampton on the 11th June. The Argentinians surrendered on the 14th June but Canberra’s role wasn’t over. She helped repatriate prisoners of war and proudly returned home to a rapturous welcome, battle scarred and rust streaked on the 11th July, QE2 in drydock having arrived 30 days earlier. Troops had banners unfurled stating Canberra Cruises Where QE2 Refuses. She was the nation’s and armed forces darling, her popularity increased. She was the Great White Whale, QE2 nicknamed the Black Pig by the military. There had never been a welcome like it before or since.

She successfully returned to service in September even more popular than ever and had even been in port the same day as QE2. 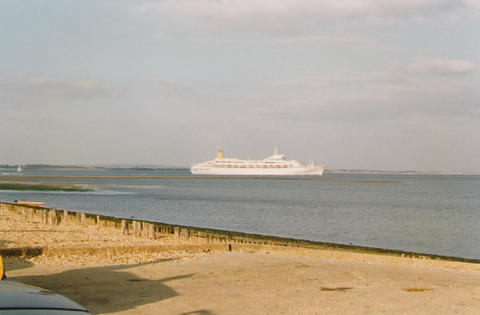 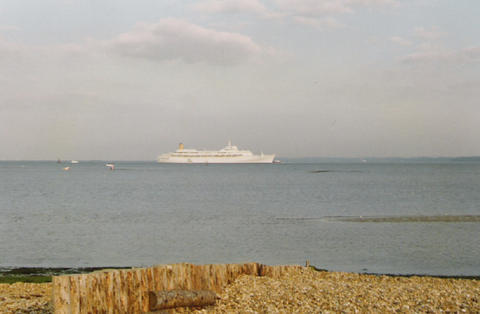 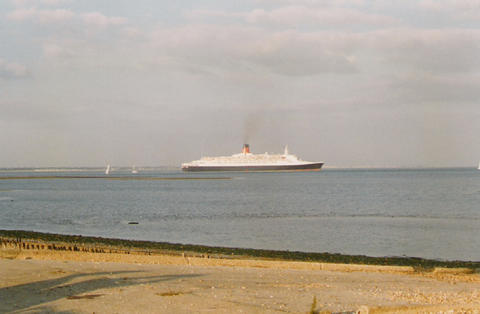 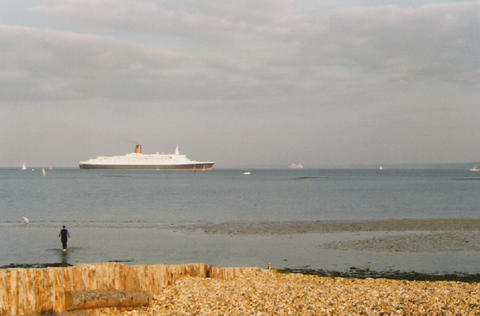 She took part in the Spithead Review with QE2 in 1994 but due to the same SOLAS regulations which resulted in many ships going, P&O announced her withdrawal in 1996. Her replacement had already arrived the previous year in the form of the new Oriana, inspired by Canberra (particularly funnels) but in a modern design.

Canberra set sail on her farewell cruise to the Med on the 10th September 1997. The Golden Cockerel, which signifies the fastest in the fleet, was handed over to Oriana in Cannes. She returned into a foggy Southampton on the 30th September 1997 to a rapturous welcome but P&O were silent about her future.

She was moved from Mayflower Terminal to QEII Terminal on the 1st October after QE2 sailed, as Oriana was due the following day. Emptied of anything valuable or they could sell like crockery and Falklands plaque removed. 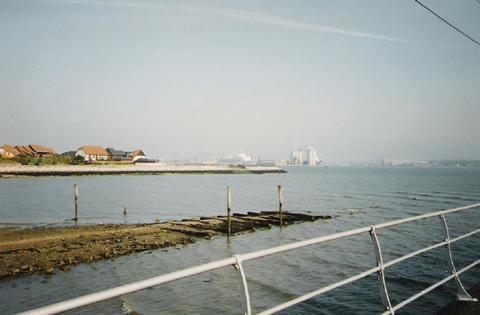 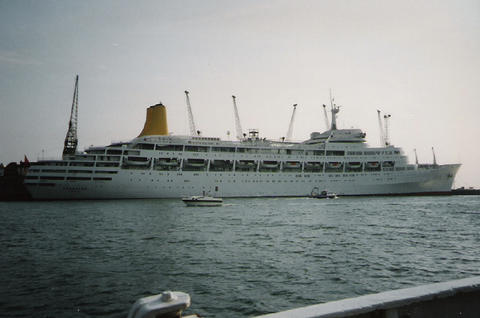 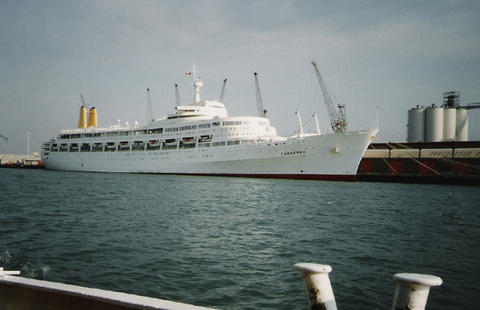 Finally, on the 10th October, it was announced she was going to be scrapped and set sail at 9pm that night for Gadani Beach, Karachi.

Because of her draft, she didn’t make it easy for them and it took a year to completely dismantle her. Later, it emerged Premier had offered to buy her as well as Rotterdam but P&O turned them down. With Rotterdam still being around, you can’t help but wonder what Canberra’s future would have been had she been a fleet mate of the Holland America Line ship. All that’s left of Canberra are a few souvenirs, photos, film and memories but she will never be forgotten or any less loved as she was the day she left.

1 Response to Canberra and Rotterdam 20 Years On